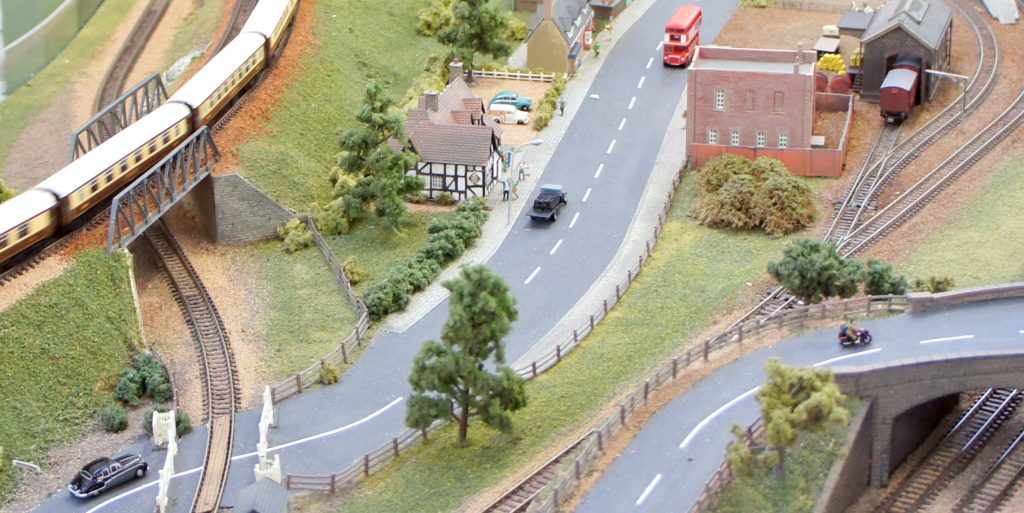 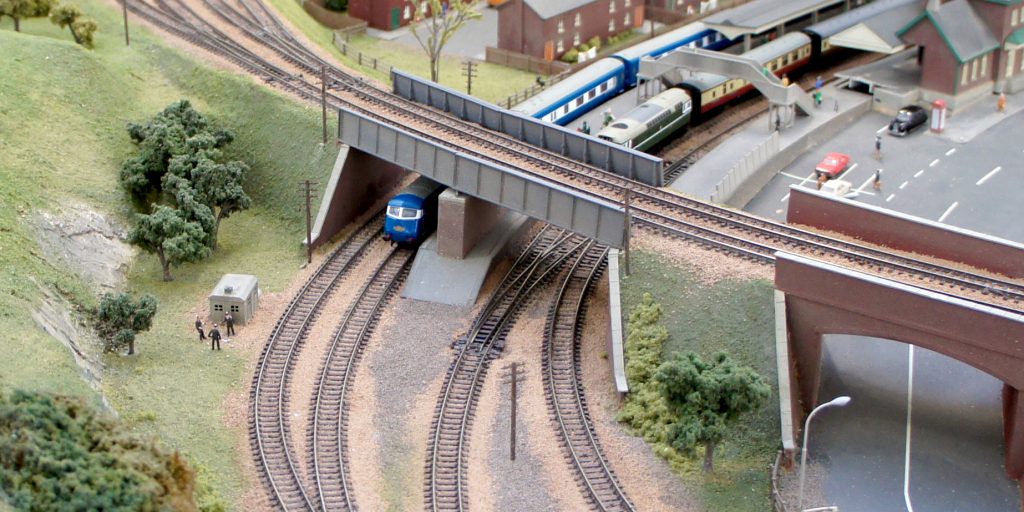 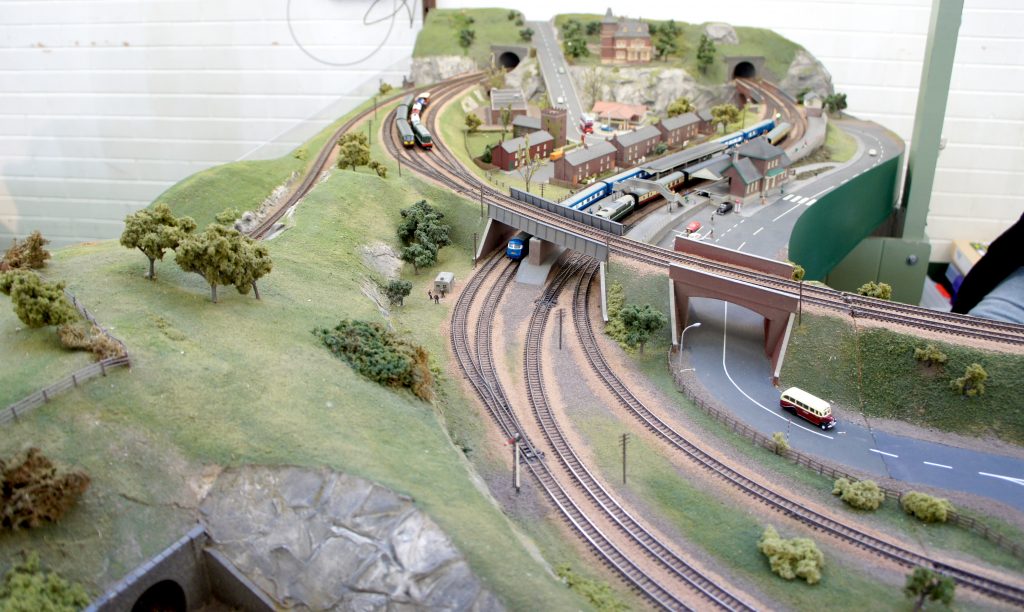 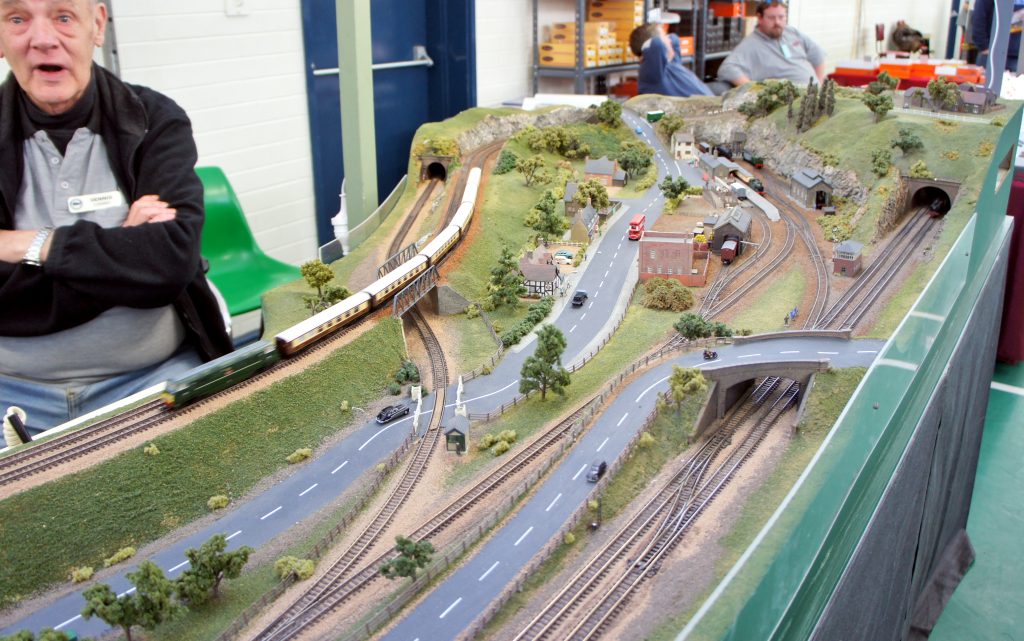 The layout represents a corner of the fictitious town of Exehampton and the neighbouring village of Brocklebank somewhere in the south-west of England.

You will see a variety of trains run on the layout as would have been seen around the time of nationalisation and during the 1950’s and 1960’s. The majority of rolling stock displayed is typical of the southern and western regions of British Rail with a few interlopers.

The layout is DC and consists of an up and down main line in a twisted figure of eight configuration, with reverse loops in either direction, and a spur to the village of Brocklebank. There are 4 passing loops to hold more trains.