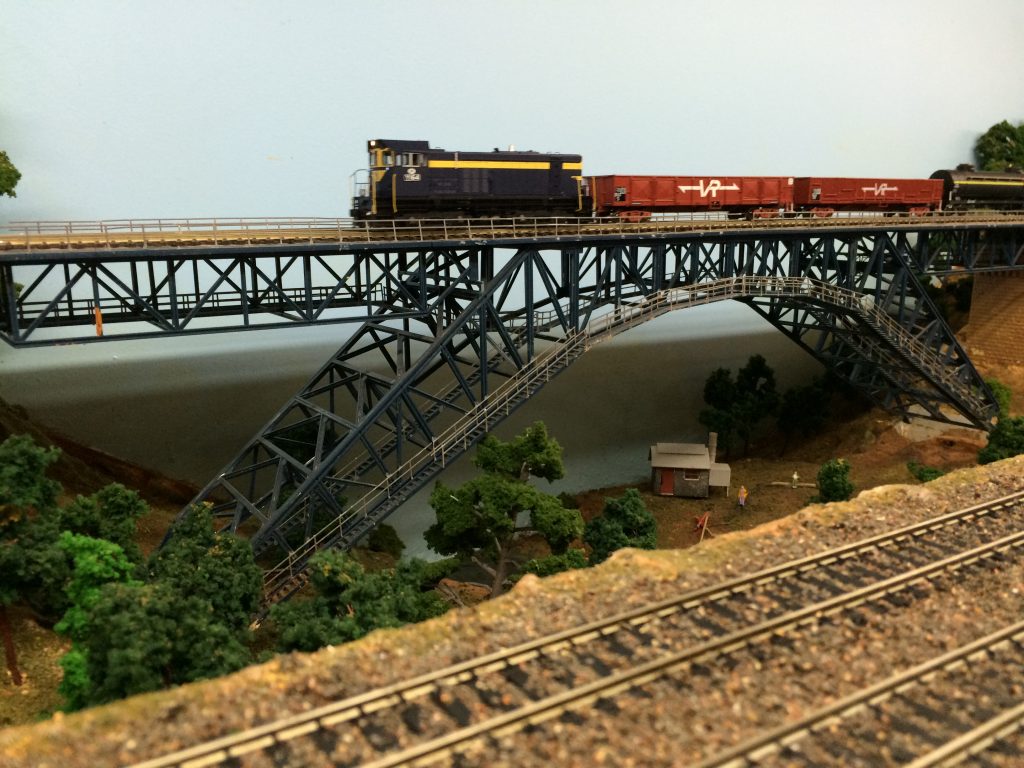 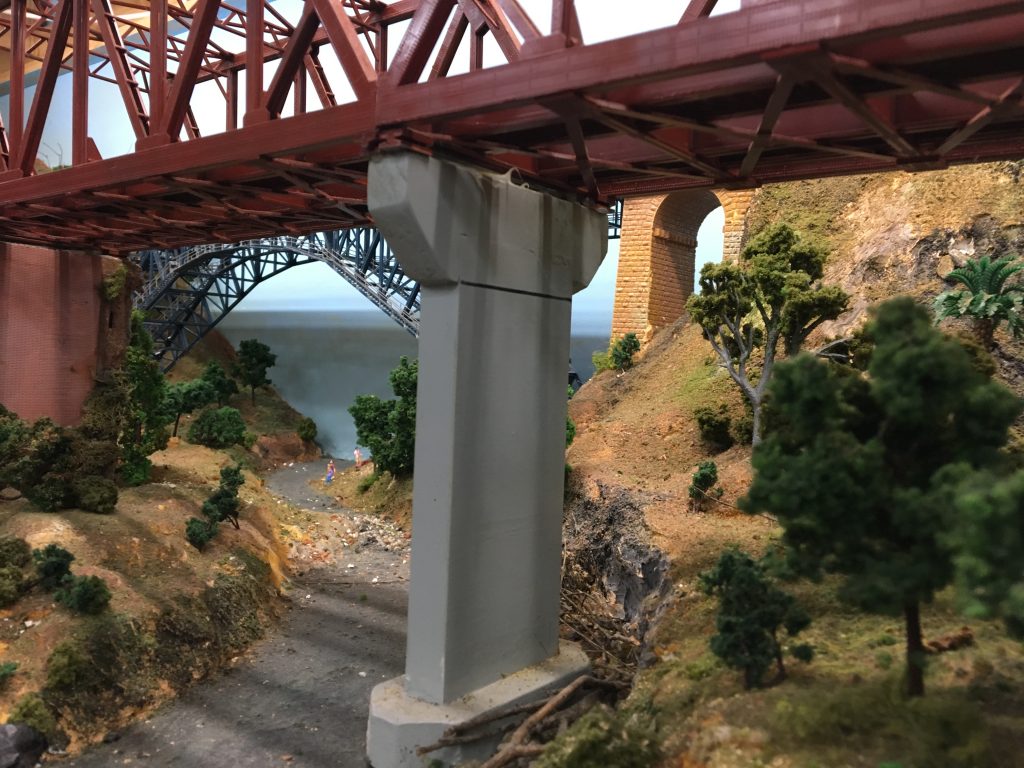 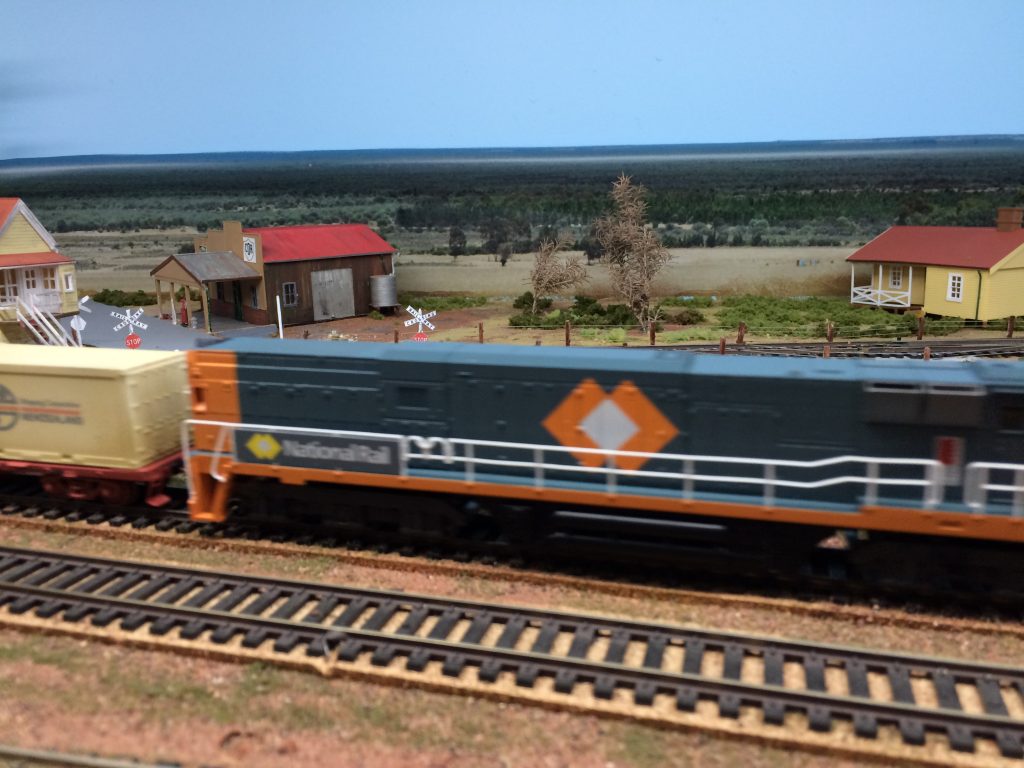 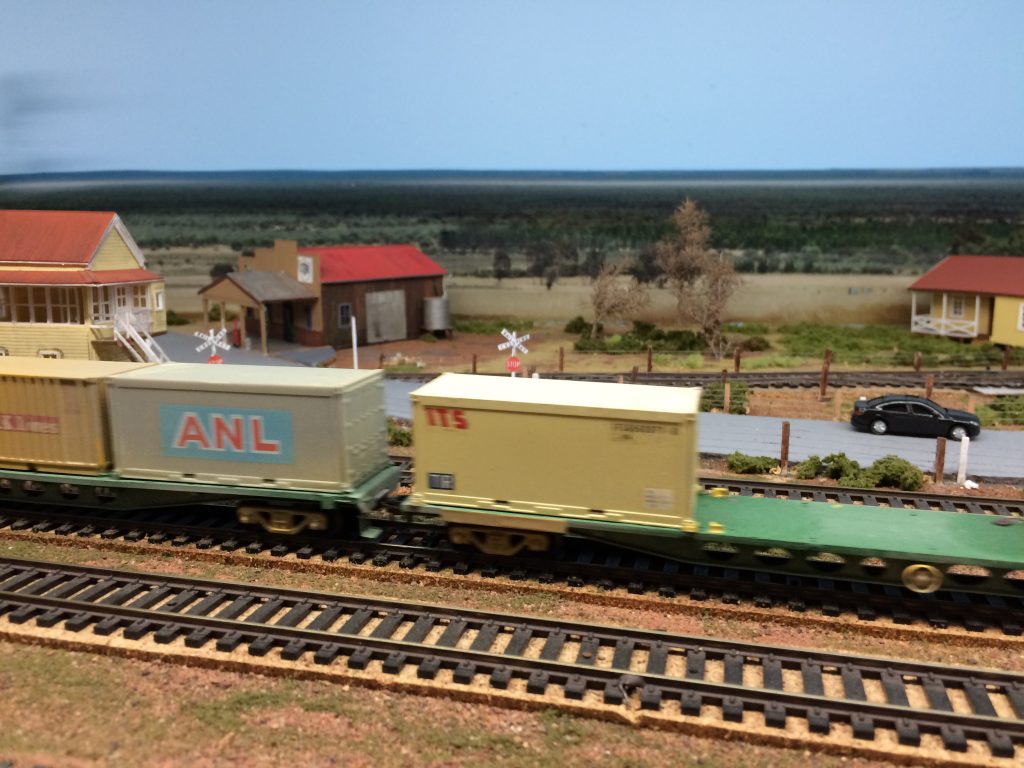 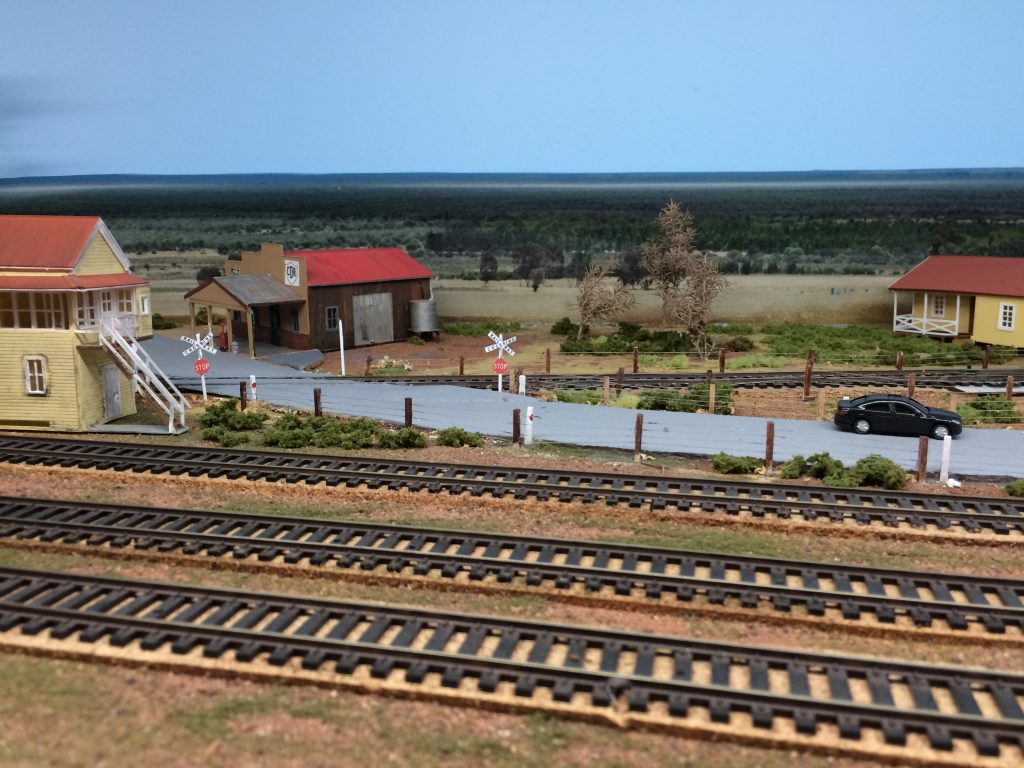 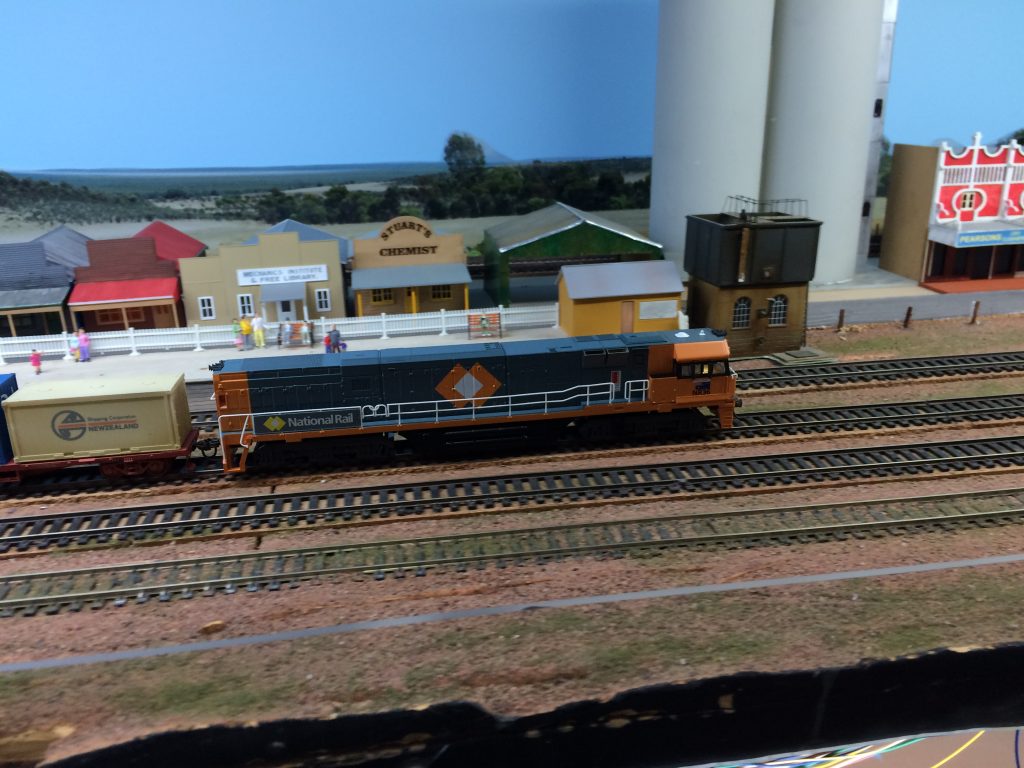 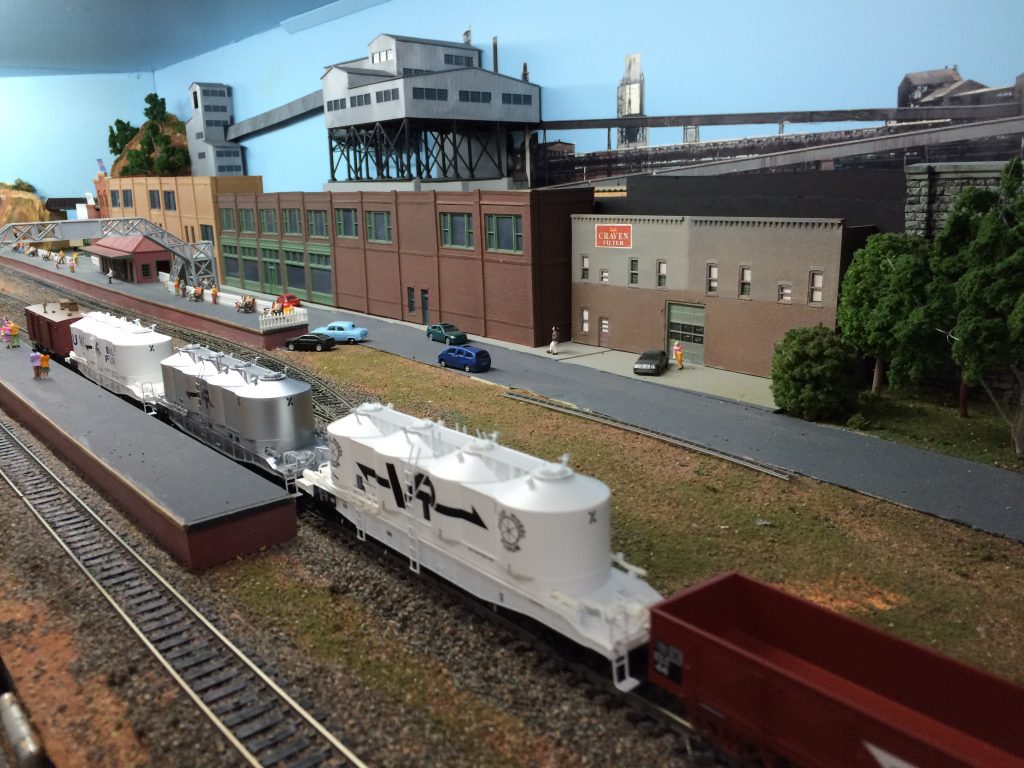 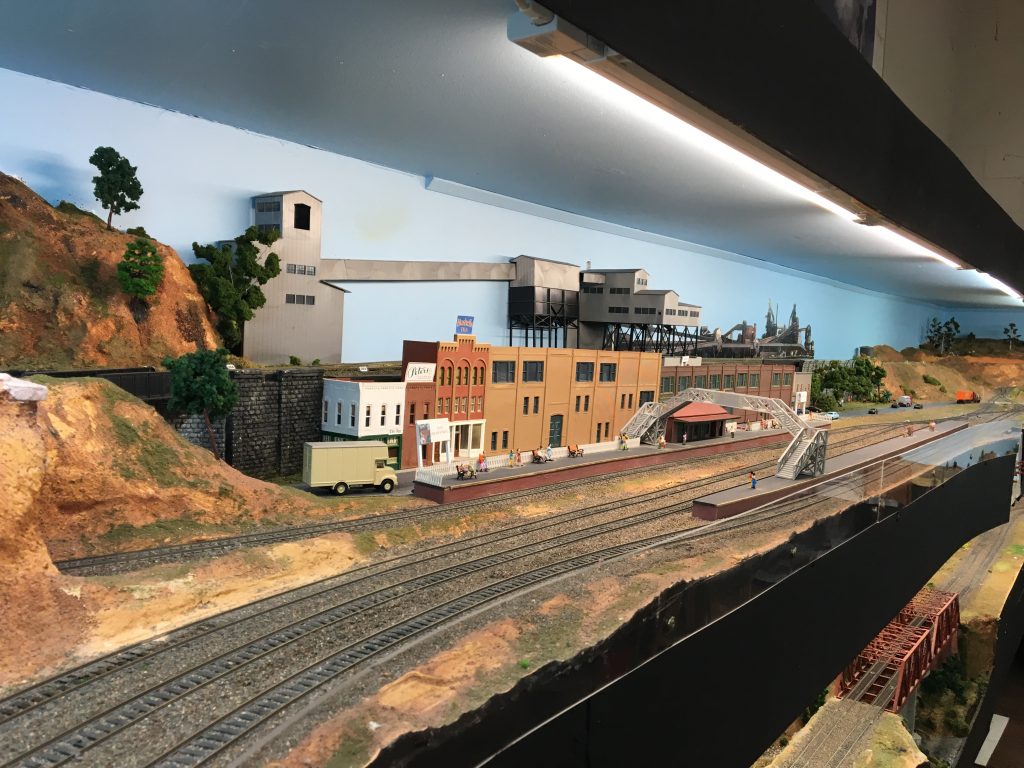 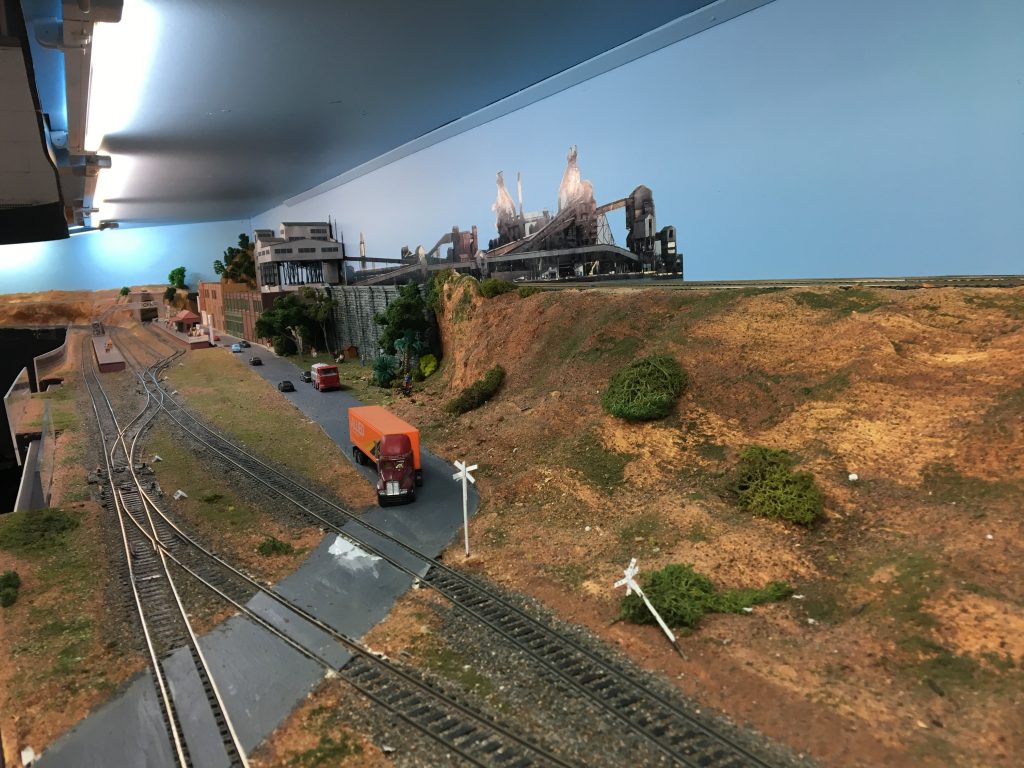 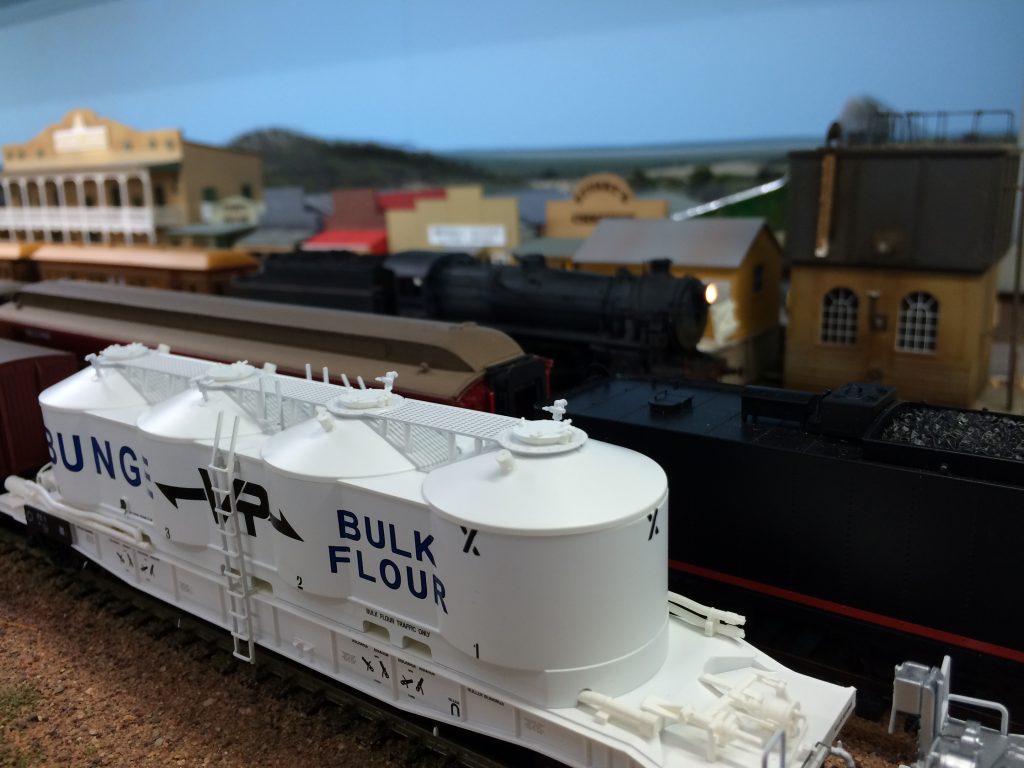 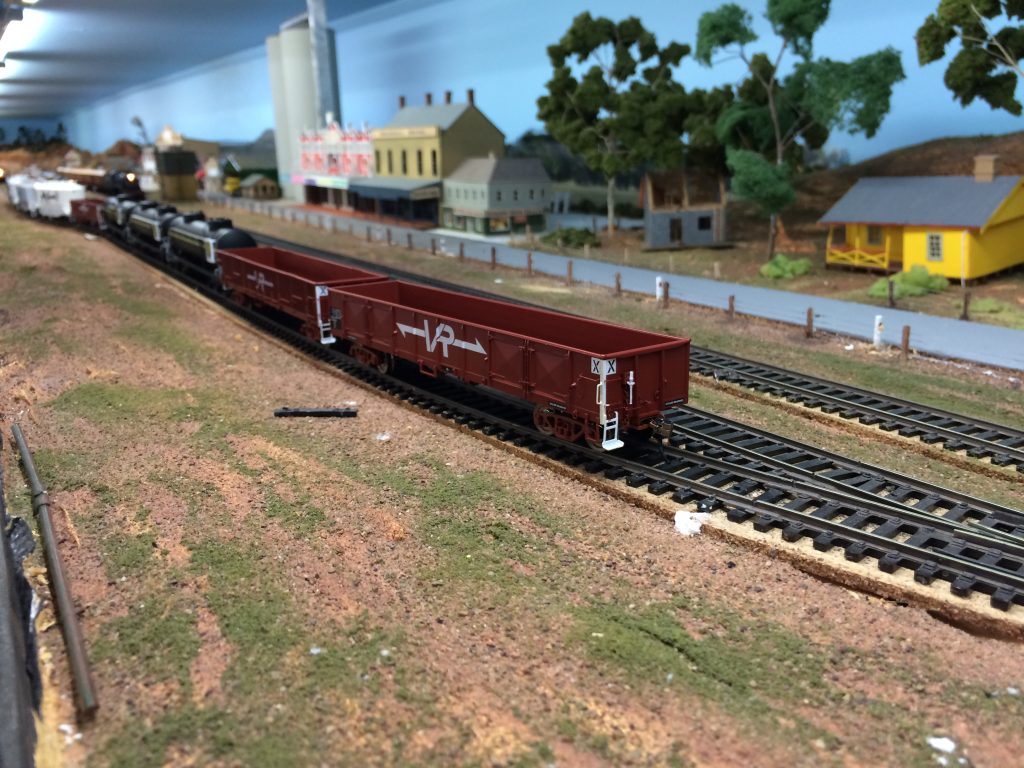 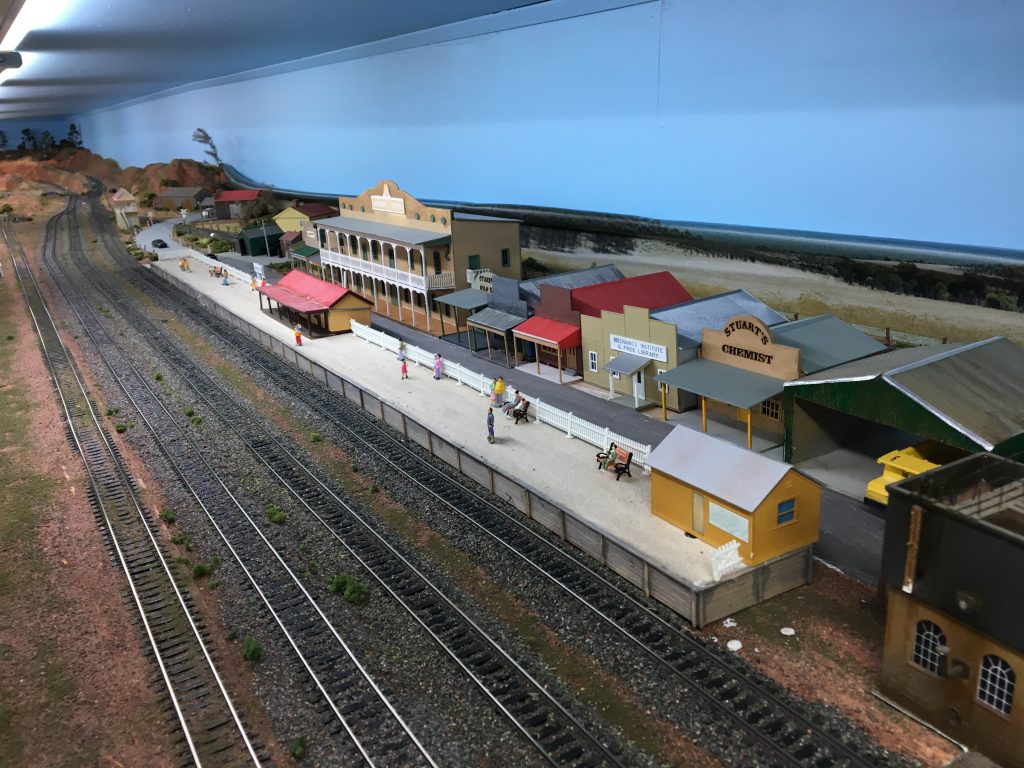 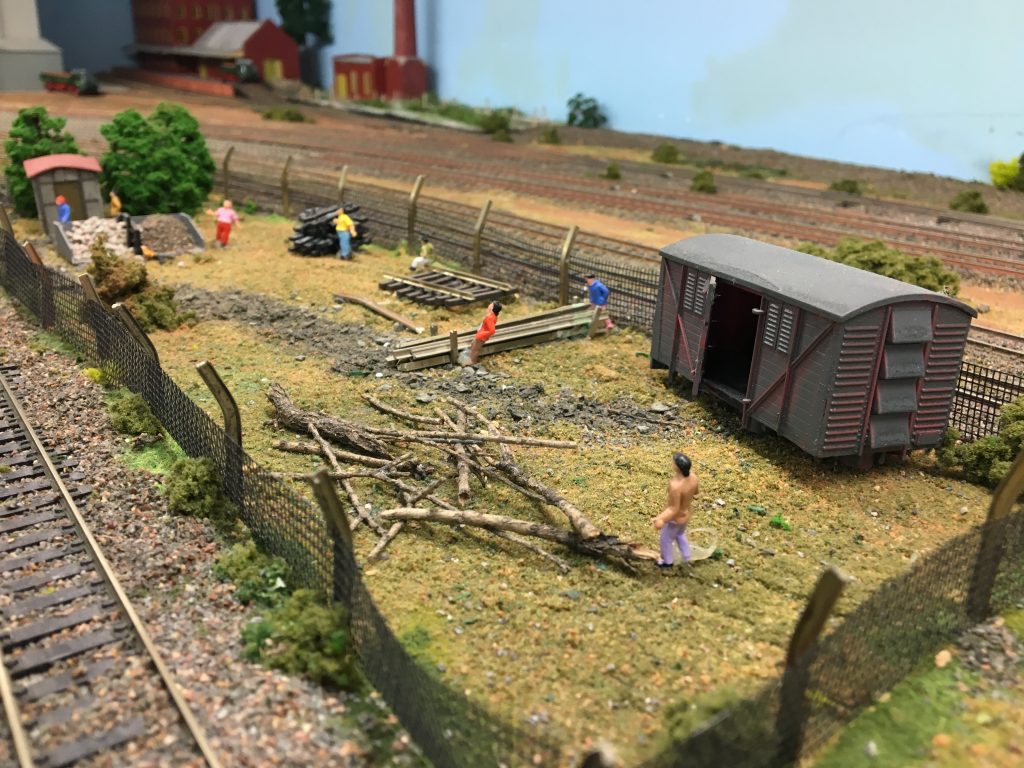 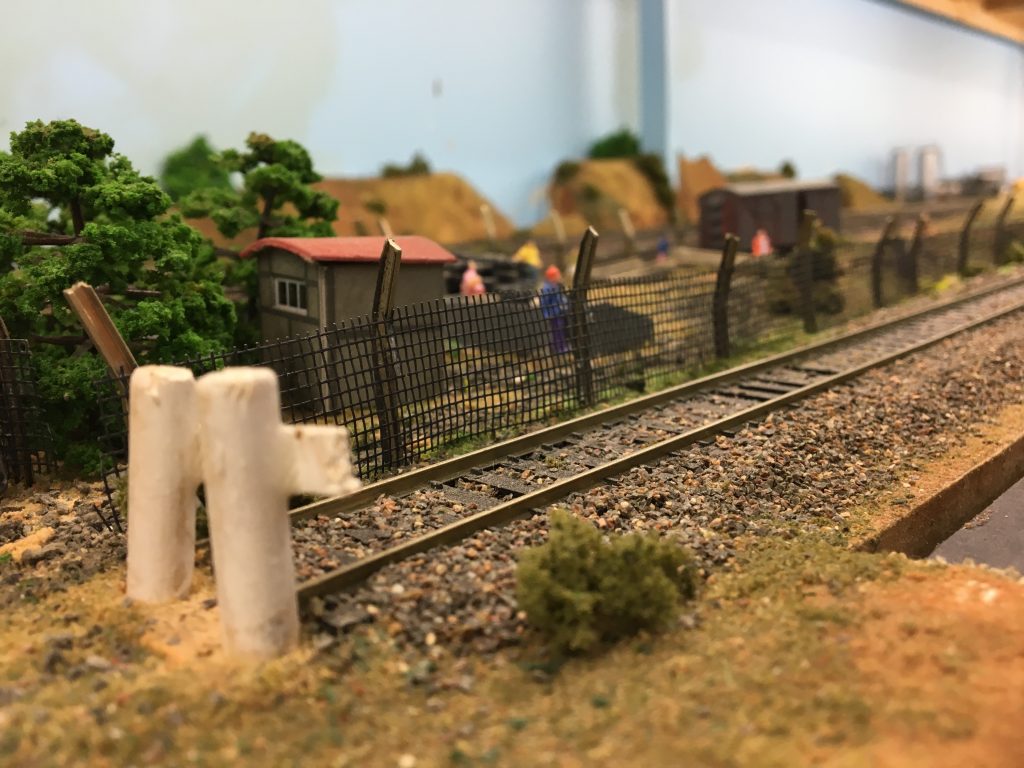 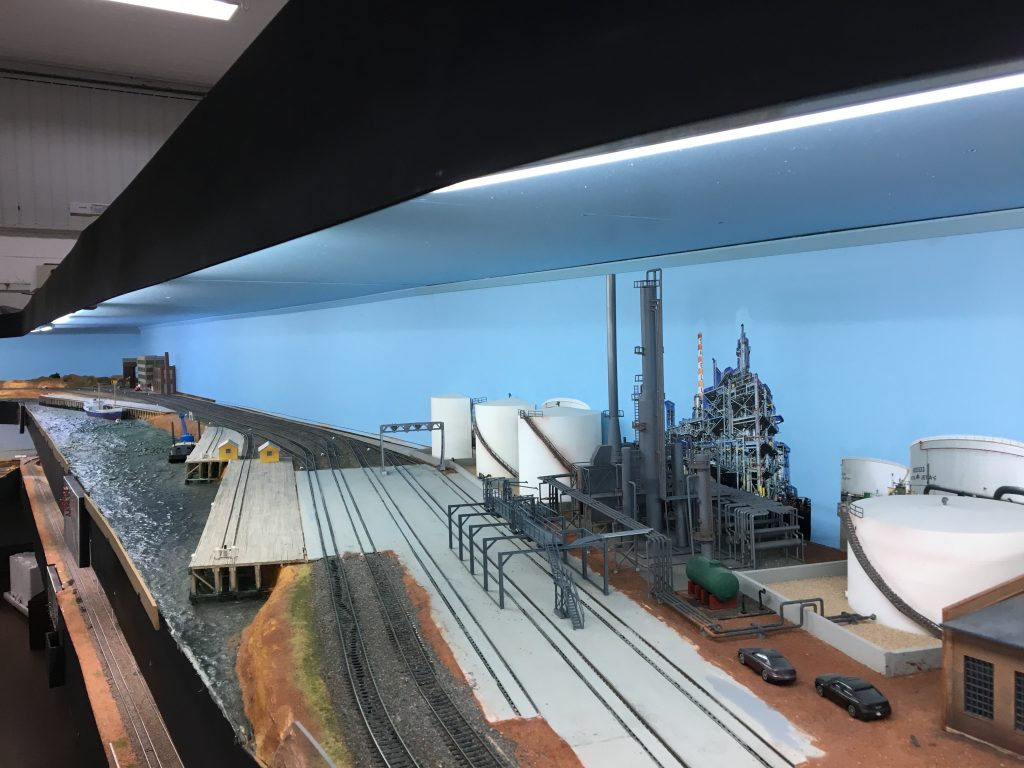 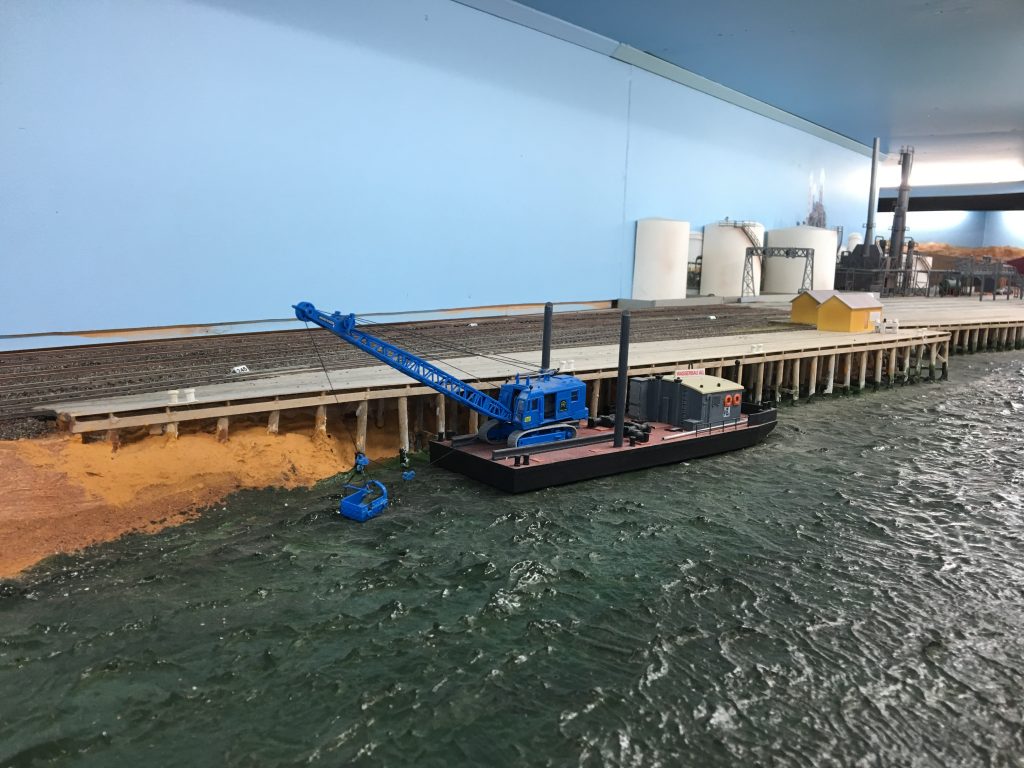 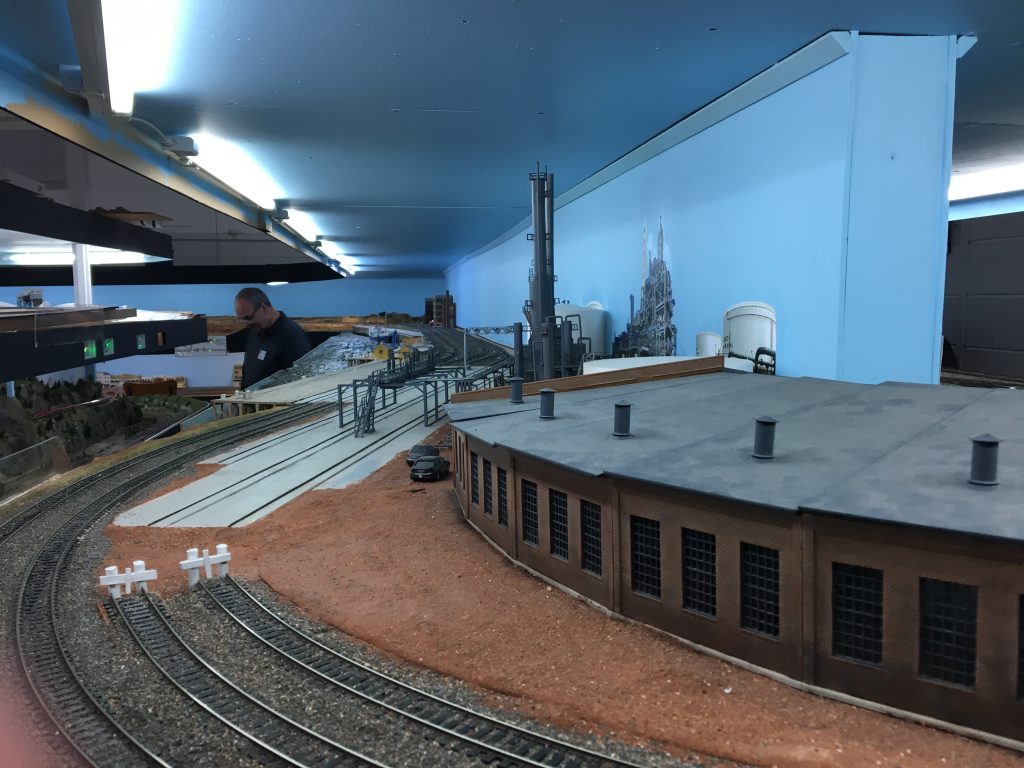 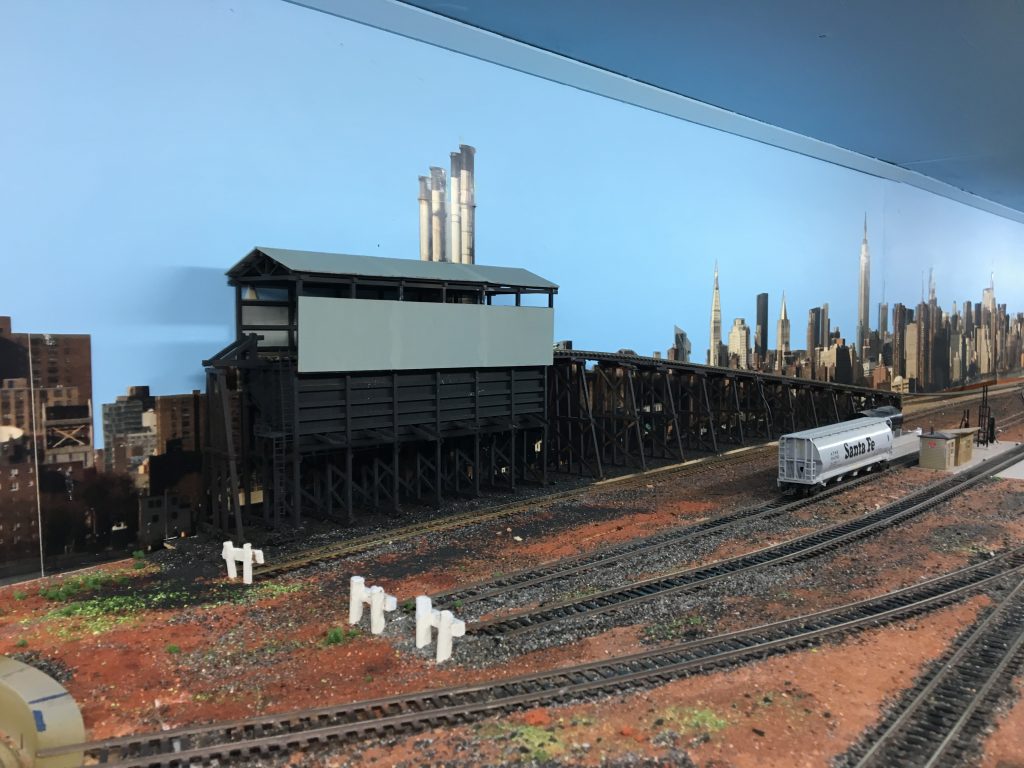 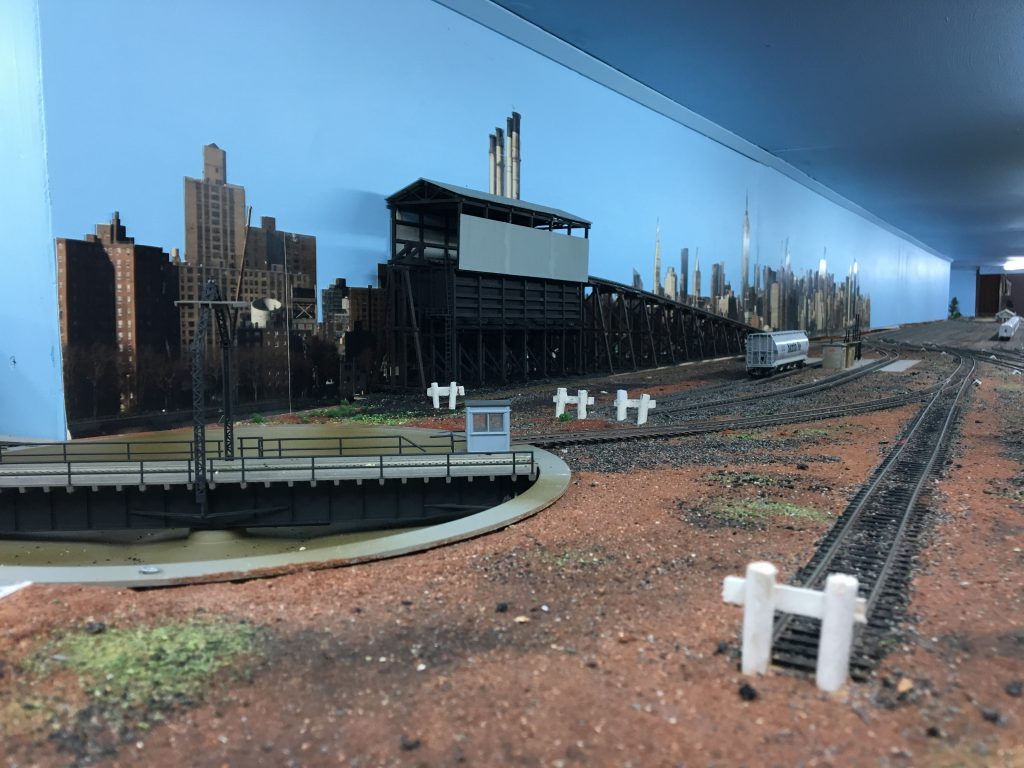 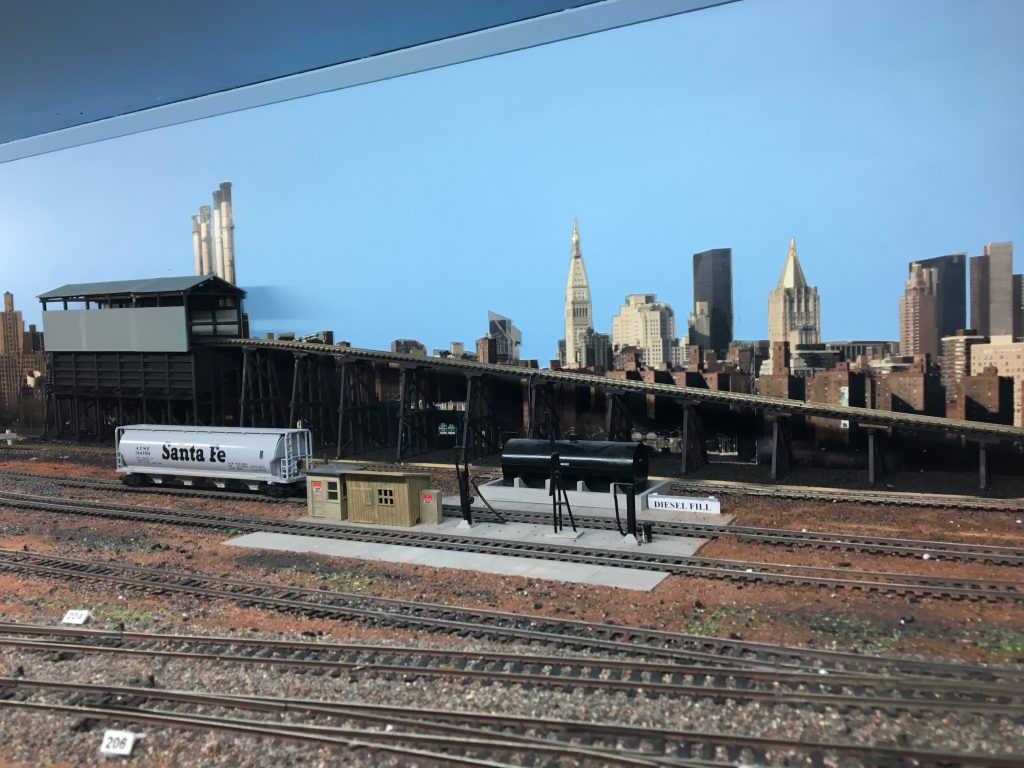 The Club started discussions and configuration of the club rooms in 2007 to allow building of HO/OO and N Scale permanent layouts. The individual spaces were allocated with the N Scale layout in the centre, surrounded on virtually 4 sides by the larger HO/OO scale layout. Aisles would be approximately 1m wide.

The Club’s HO Scale layout runs along three walls with a peninsula extending alongside the N scale layout. It is mostly complete and is fully operational. Additional scenery and scenes are being added to enhance the ‘story’.

It is a two tiered layout connected via a helix.

To watch several trains run on the mainline while others shunting in different areas is always fascinating and definitely keeps many members busy during running sessions. The size and scope of running your train on this vast layout is most enjoyable.

The whole layout is DCC operated with the Digitrax system.

Running trains with cameras give hours of scenic footage. Taking photos of your train passing through the enormous array of country, industry, stations, sidings, over bridges and entering or exiting tunnels will fill several albums.