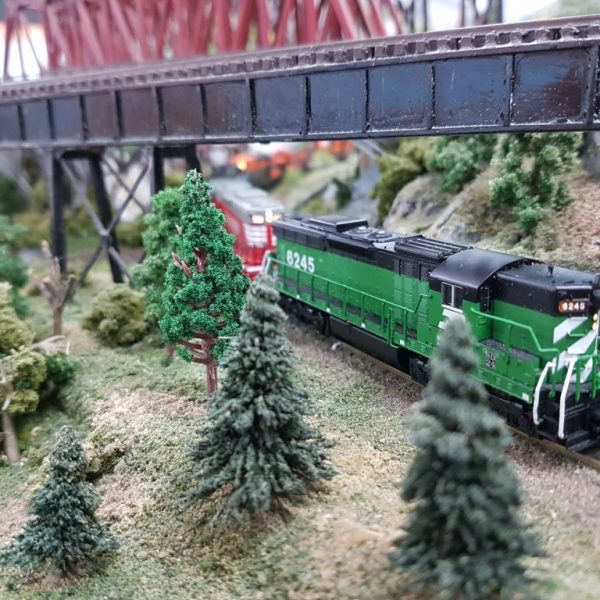 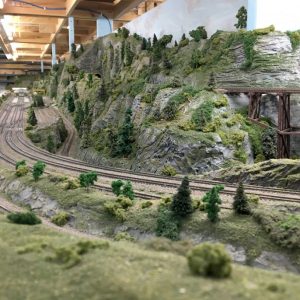 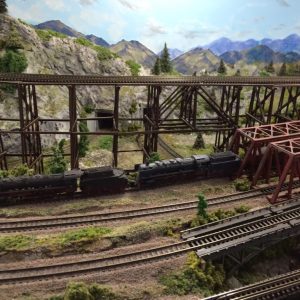 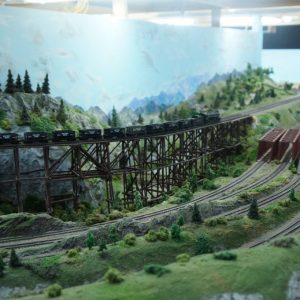 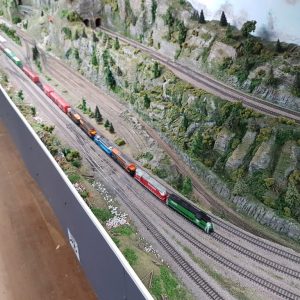 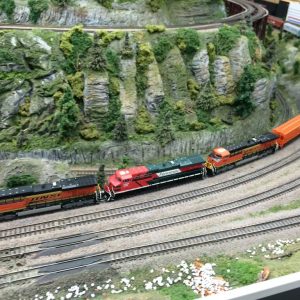 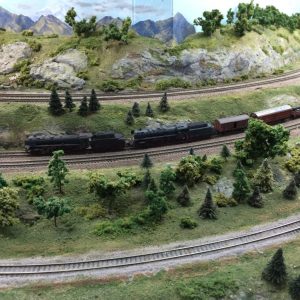 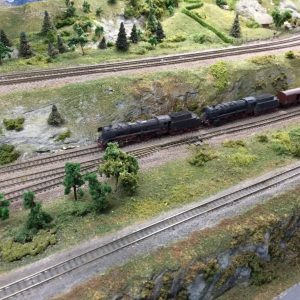 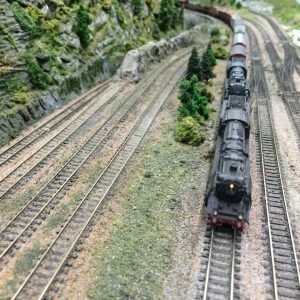 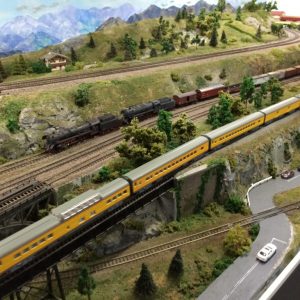 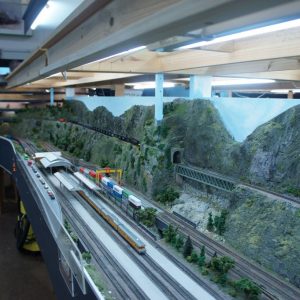 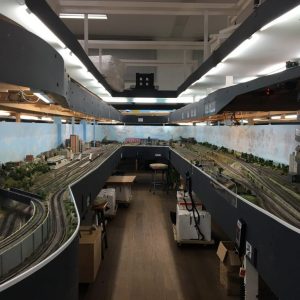 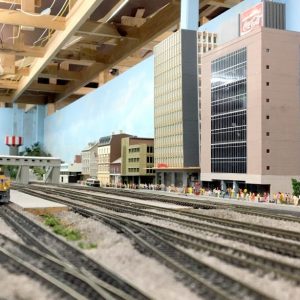 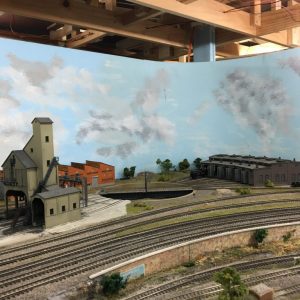 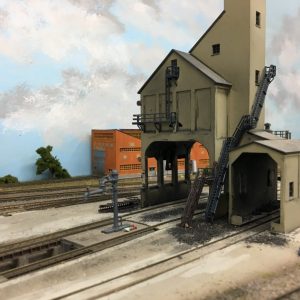 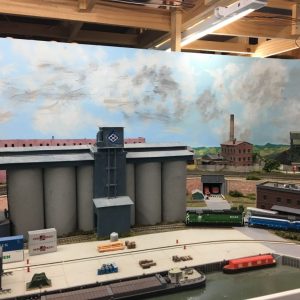 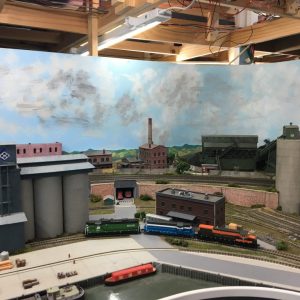 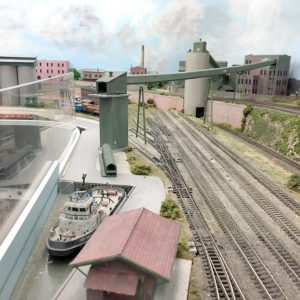 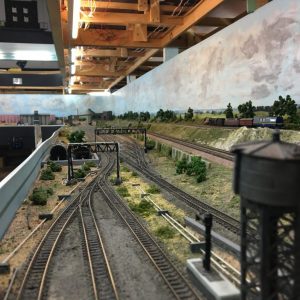 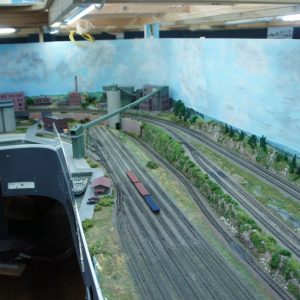 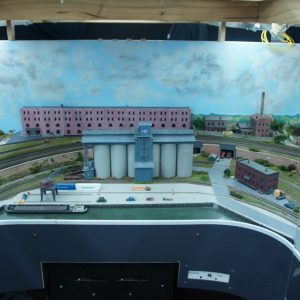 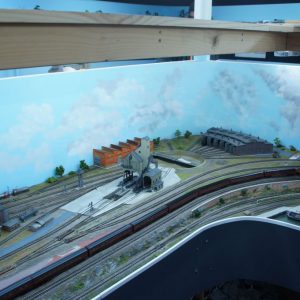 The Club started discussions and configuration of the club rooms in 2007 to allow building of HO/OO and N Scale permanent layouts. The individual spaces were allocated with the N Scale layout in the centre, surrounded on virtually 4 sides by the larger HO/OO scale layout. Aisles would be approximately 1m wide.

The majority of Club members in N Scale at the time were modelling North American prototype, however there were several members modelling European and British prototypes, with a couple of members modelling Japanese and even VR era Australian. It was agreed that the basic scenery should be “green” in colour to suit all areas modeled with North American / European practice of right hand running. Signalling was not contemplated due to complexity and cost.

The N Scale layout was drawn by mid-2008 and was a U shape approximately 8.2m long by 3.6m wide, giving base boards around 1.2m wide (with central dividers) and larger balloon ends. Initially the layout was to be 3 levels and the initial benchwork was started in late 2008. All benchwork was completed in 2009 and track laying was commenced on level 1. Level 1 track work was basically completed by end 2010.

Each level has an East and West double track main line and a bi-directional branch line, with plenty of stations, sidings, yards, etc. There are East to West and West to East reversing loops on both levels.

Track for Level 1 is Atlas Code 80 with Peco Code 80 Electrofrog points, operated by Tortoise Motors, switched by conventional toggle and with LED indicators.

Layout control is by Digitrax DCC with a DCS-200 control unit and 2 off PM42 power management modules for the 8 Level 1 districts. There is a DC loop available for those members who have DC only rolling stock.

Scenery work is 90% completed for Level 1, with point control around 30% completed.

After experience with operation of Level 1 it became obvious that the aisle space allocated between the N and HO/OO layouts was tight and the building of the 3rd level would not be practical for operation on Club nights.

Level 2 layout was simplified with less sidings and pointwork to allow more space for scenery and reduce costs. The benchwork for Level 2 was raised 90mm and the benchwork for Level 3 became the lighting and sky board for Level 2. The helix between Level 1 and 2 was increase to 5 turns and made cylindrical for ease of construction.

As Level 2 is closer to eye level, track for Level 2 will be Peco Code 55, again with Peco Electrofrog points, operated by Club designed servo mechanisms, controlled by Arduino processors and touch toggle switches. There will be some stock Atlas Code 80 track used for sidings and yards. Total track length for Level 2 is around 195m with 51 points.

Once completed, if an operator starts a train from a yard on Level 1, traverses the bi-directional track, crosses to the East main line, then after a completed circuit takes the East to West reversing loop, completes a West complete look, heads up the hill to helex and Level 2 West bound, does a similar operation around all 3 Level 2 loops, returns to Level 1 and makes it back to the original yard, the total length of the run will be around 240 metres or around 38 scale kilometres. At a constant scale speed of 40km/h, this circuit will take around 55 minutes non stop.