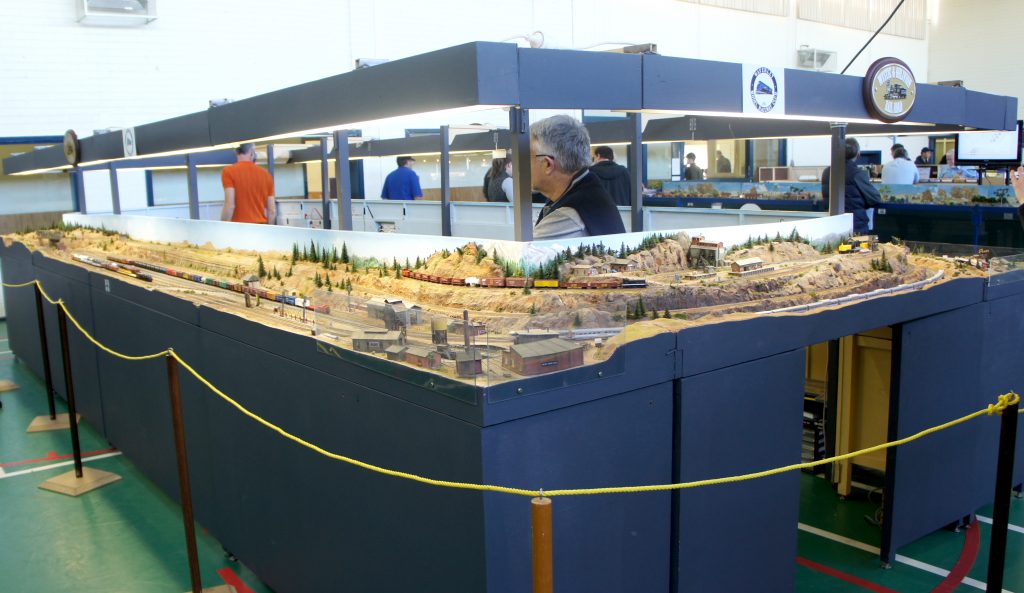 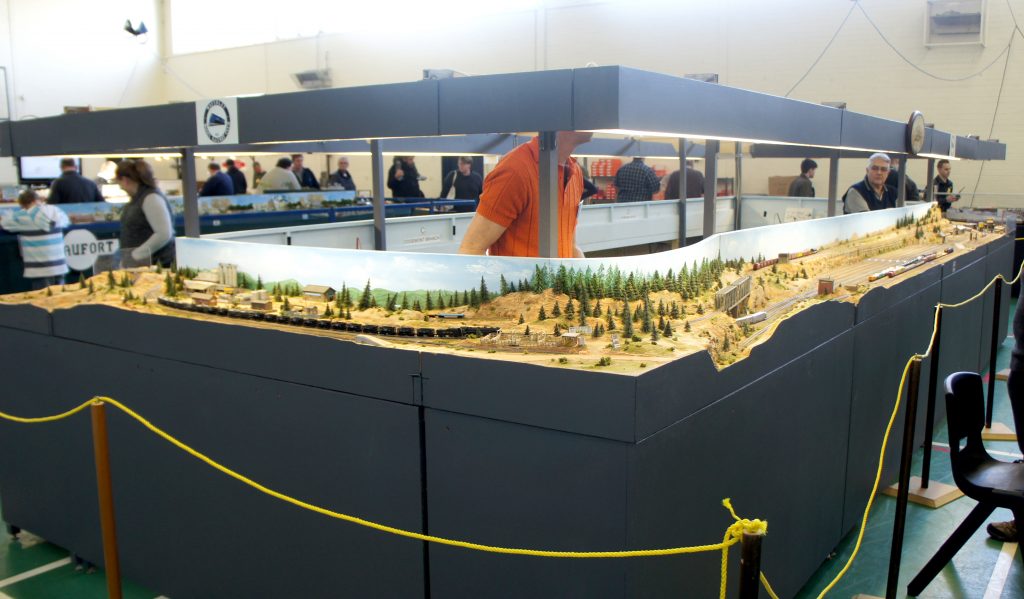 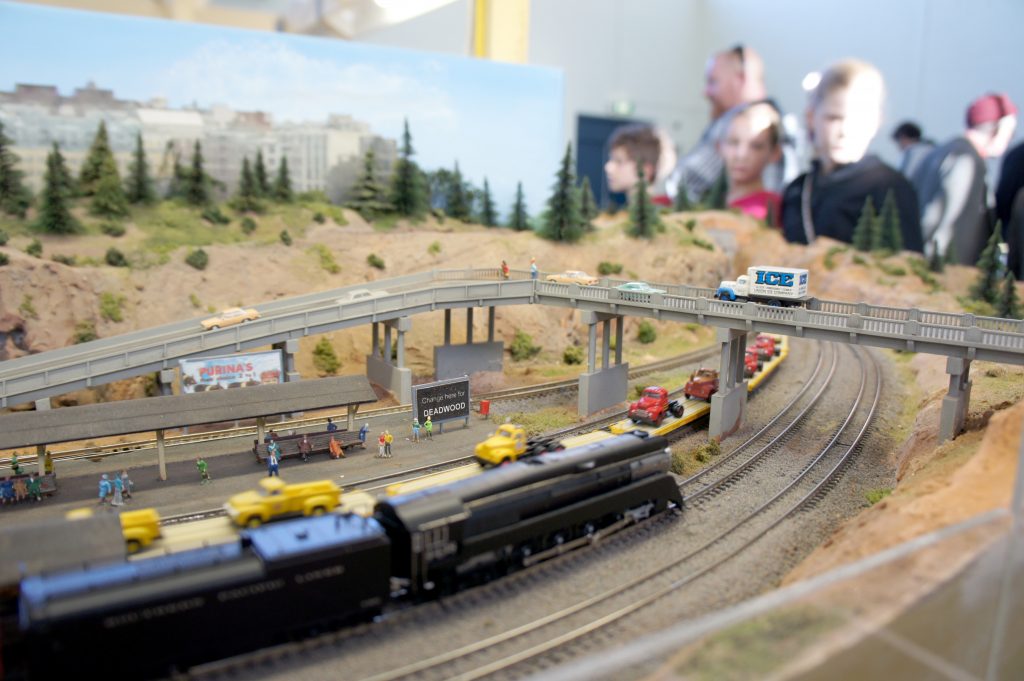 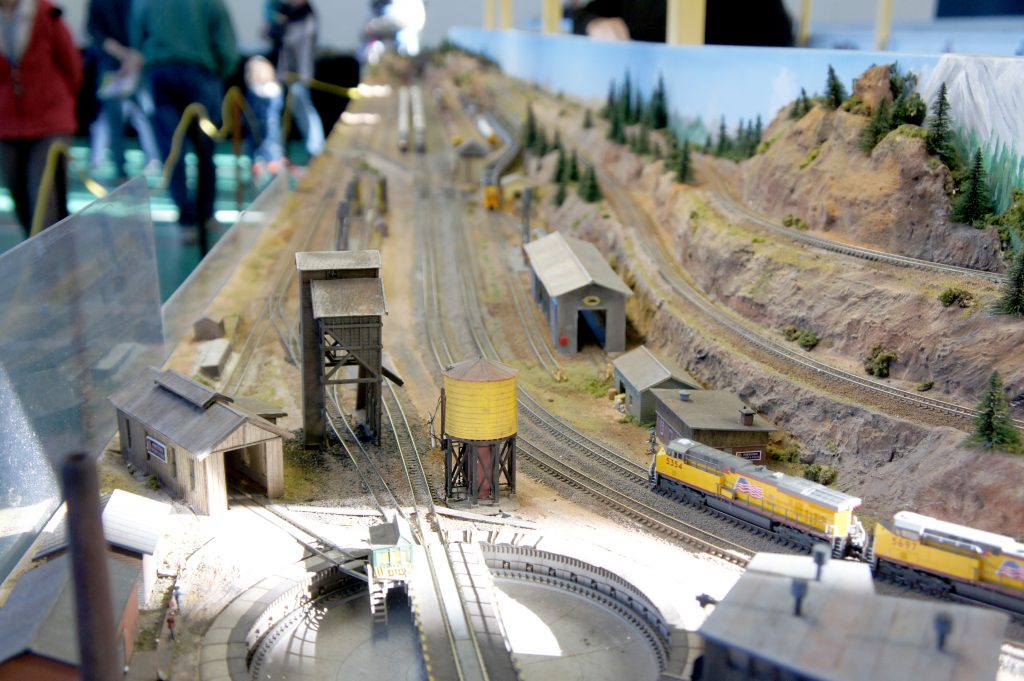 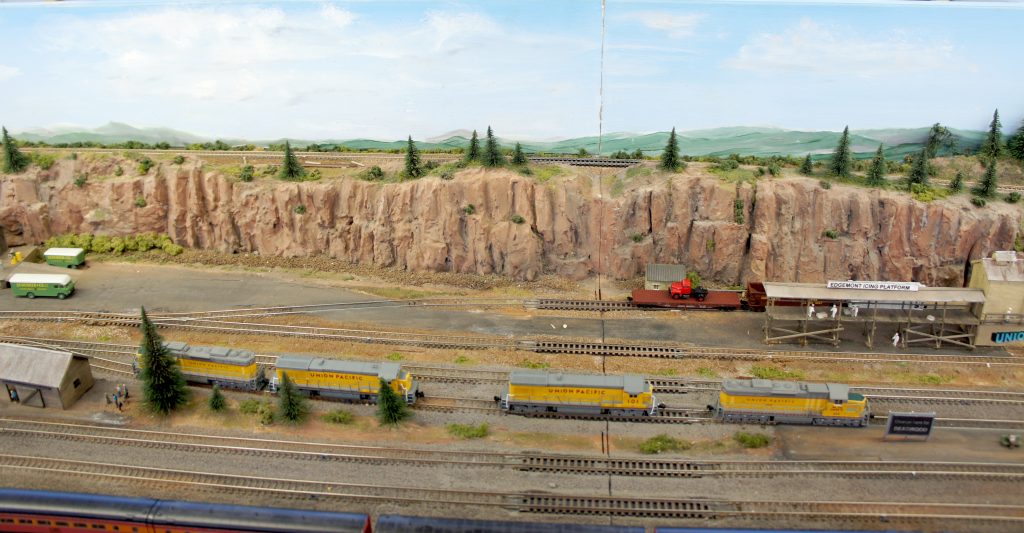 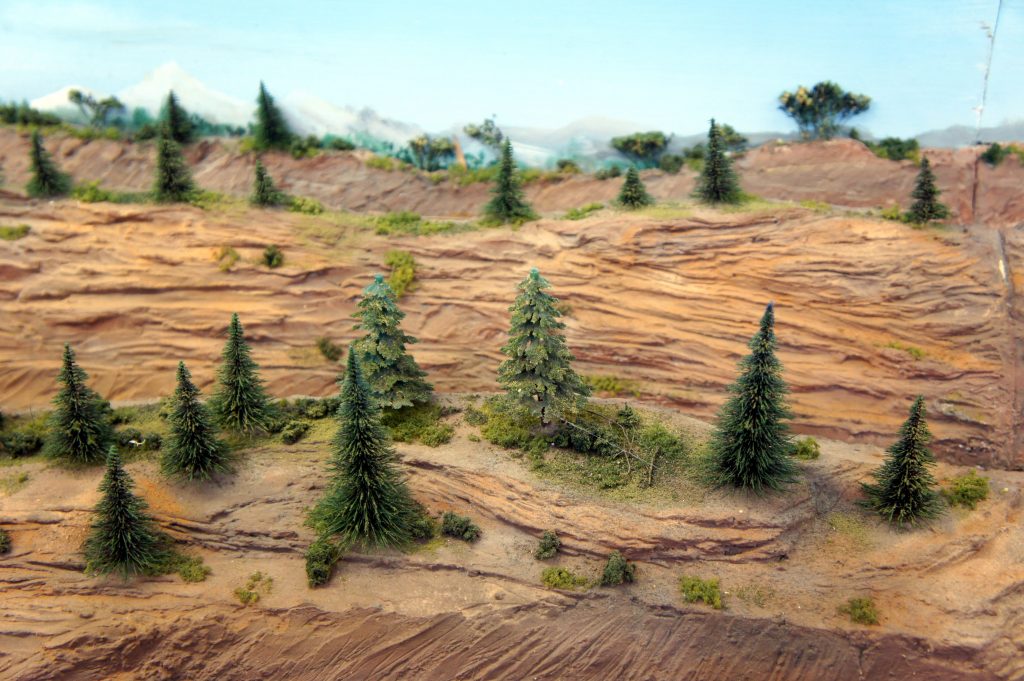 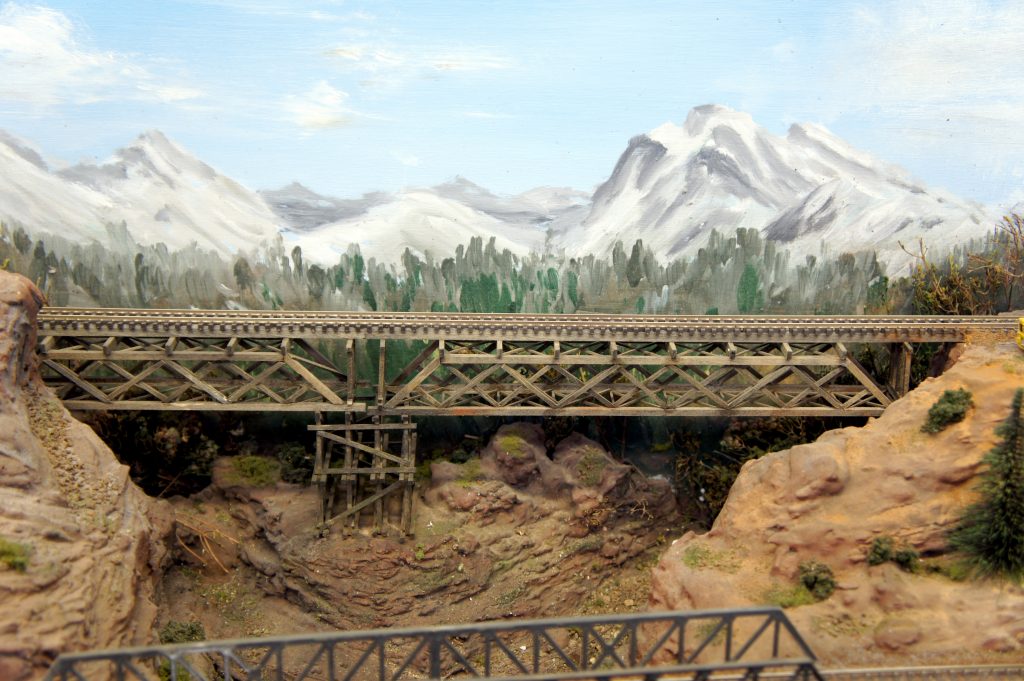 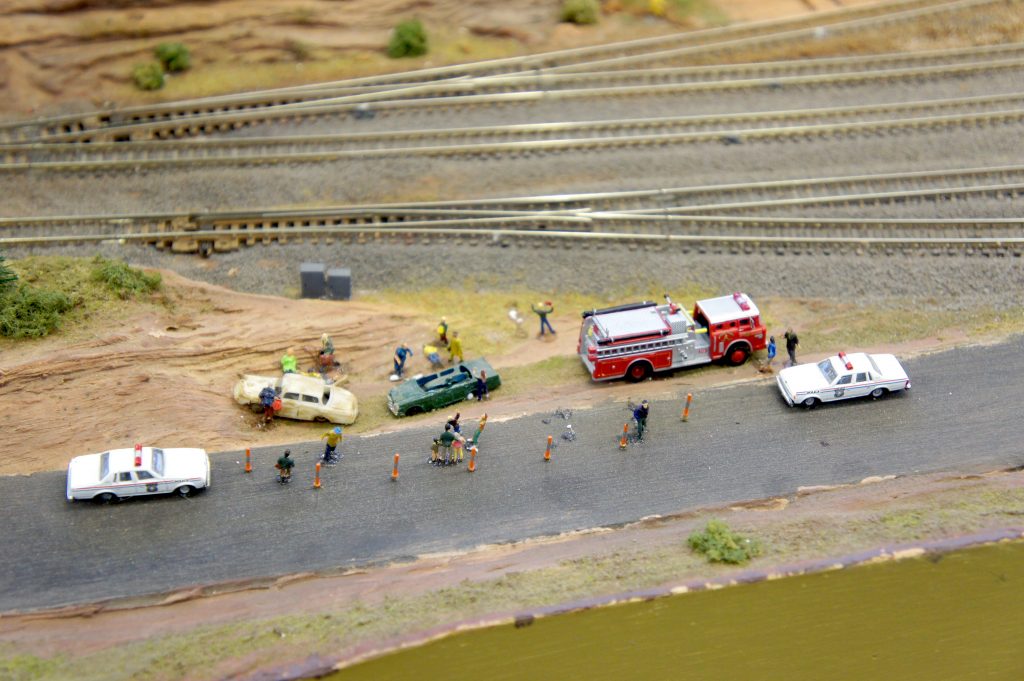 The setting for the Mystic & Oblivion (M&O) layout is imaginary, but the place names are real.

Somewhere in the south west corner of South Dakota, USA, the Chicago, Burlington and Quincy Railroad operated from the Deadwood mines and timber industries, to the main line between Omaha and Billings. The line went through Mystic Tunnel and then by Lake Oblivion, the Niobrara River, Berne, Edgemont and finally, West Yard.

The double track at the lower level is the main line. The branch interchange track climbs up to Berne and ends at Deadwood. The upper  track can be operated as a loop if required.

The layout was built over some 4 years by Waverley Model Railway Club Members and was first exhibited in 2008. One of the design concepts of this relatively large layout was to demonstrate how N scale can be realistically set into a scenic ‘Big Picture’. Although originally designed for operation with either the traditional analogue (DC) or DCC – the latter has since prevailed and it is now DCC operated.