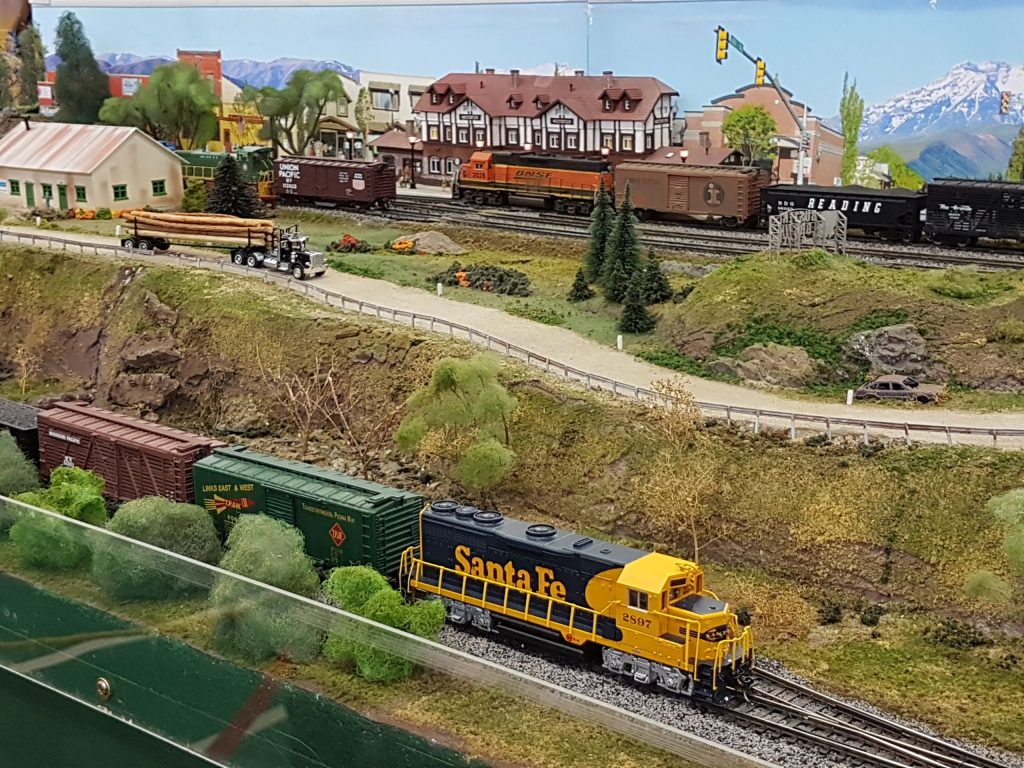 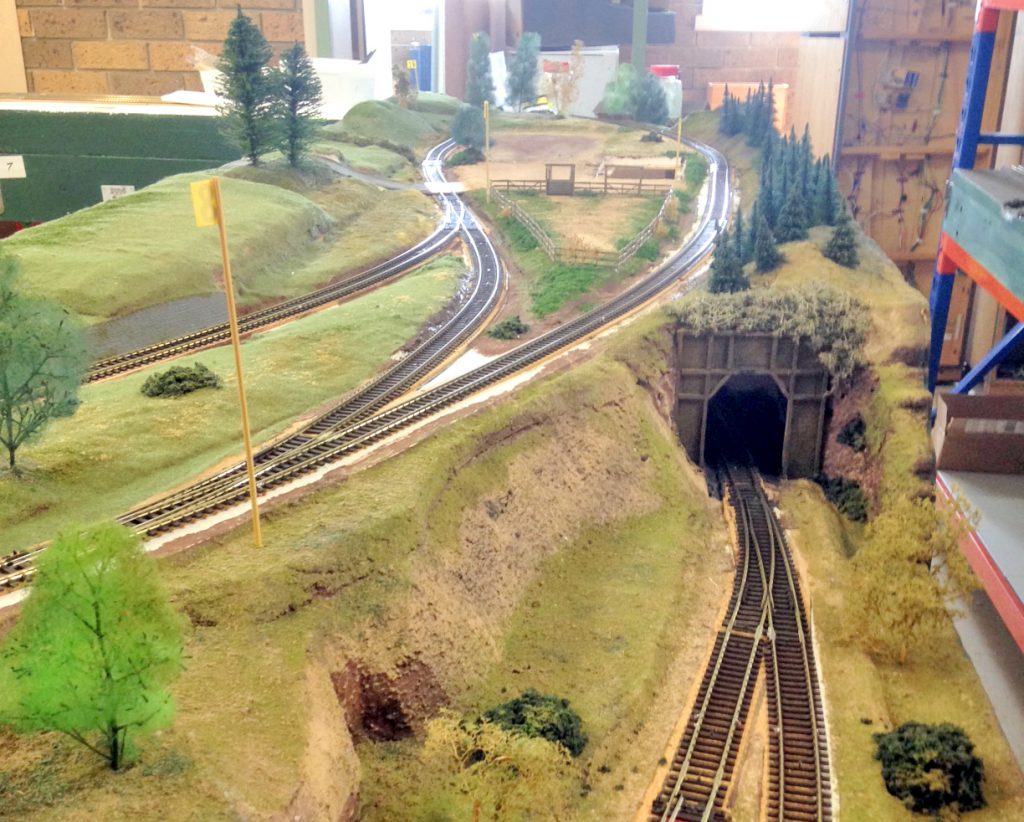 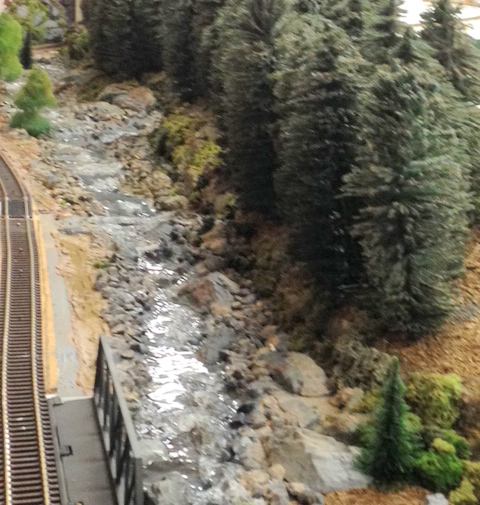 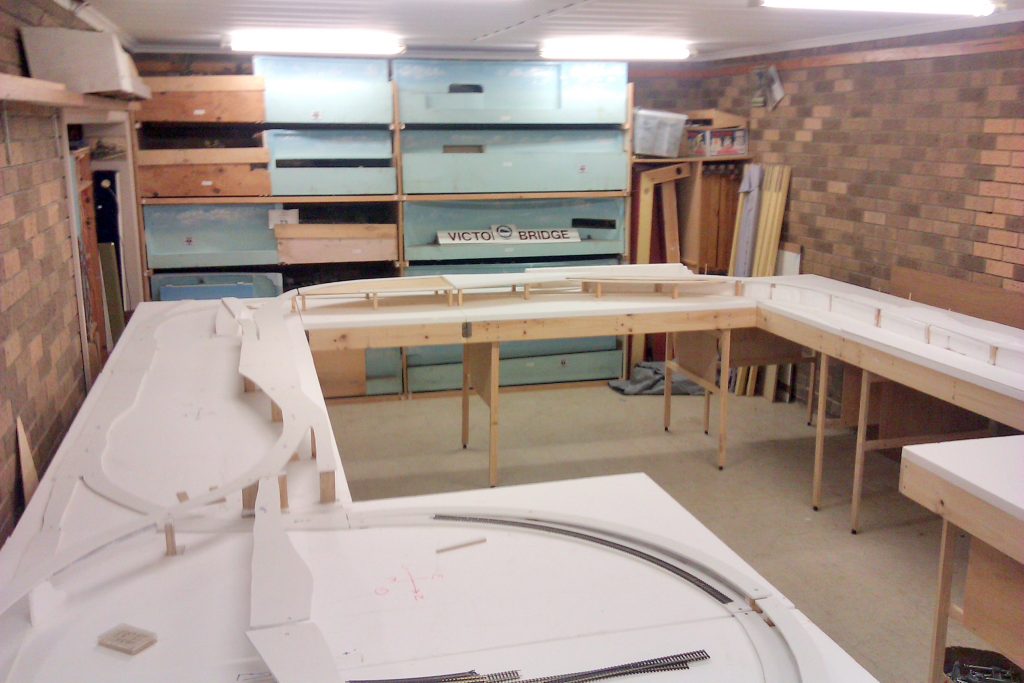 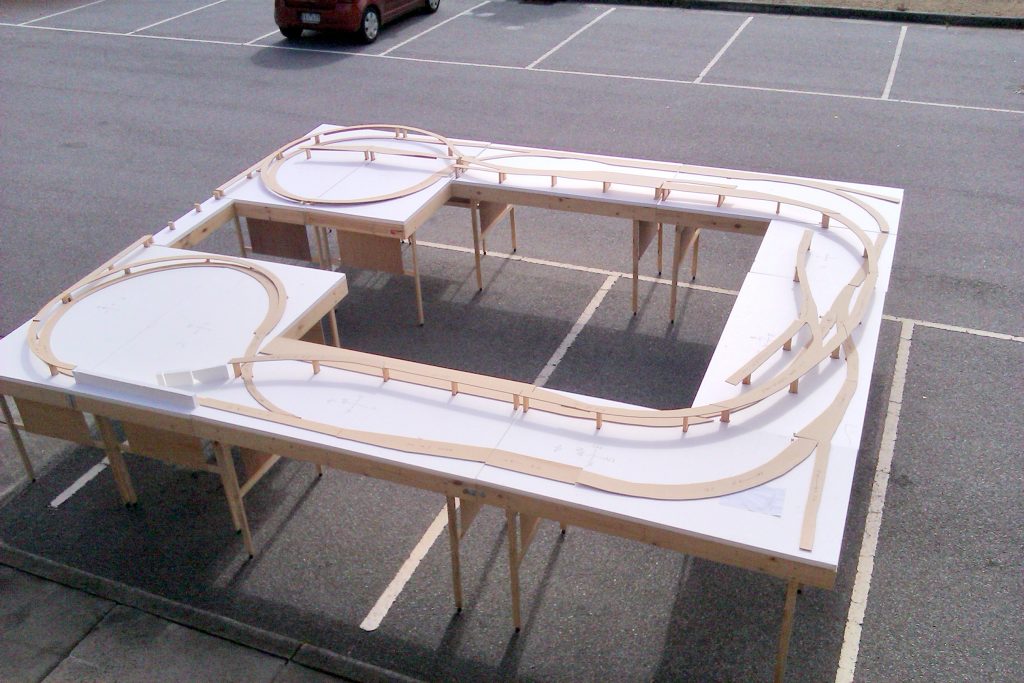 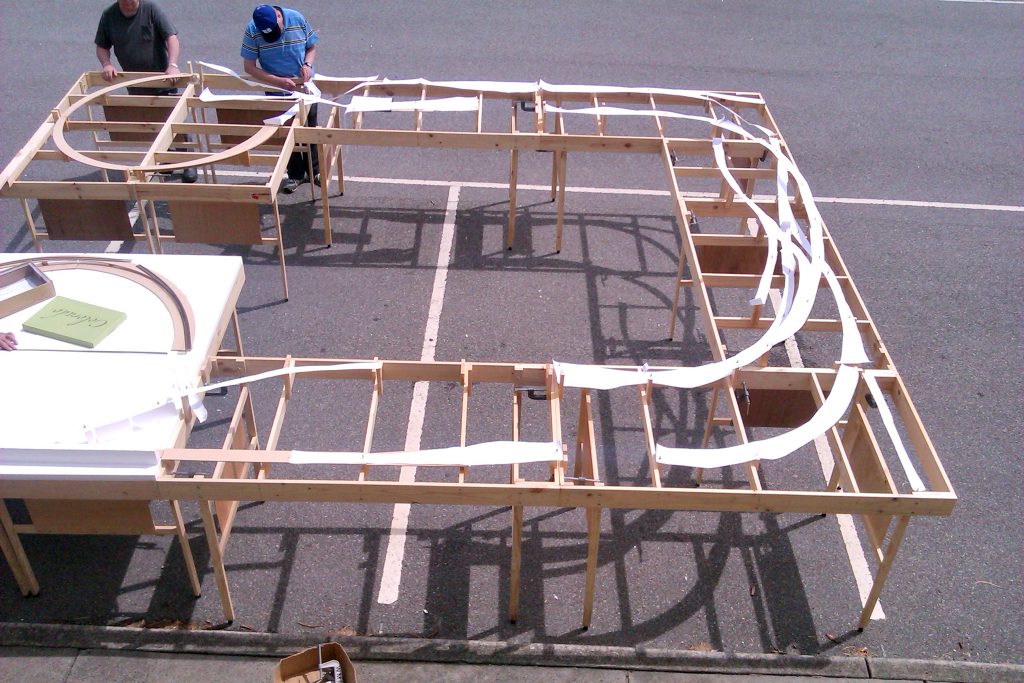 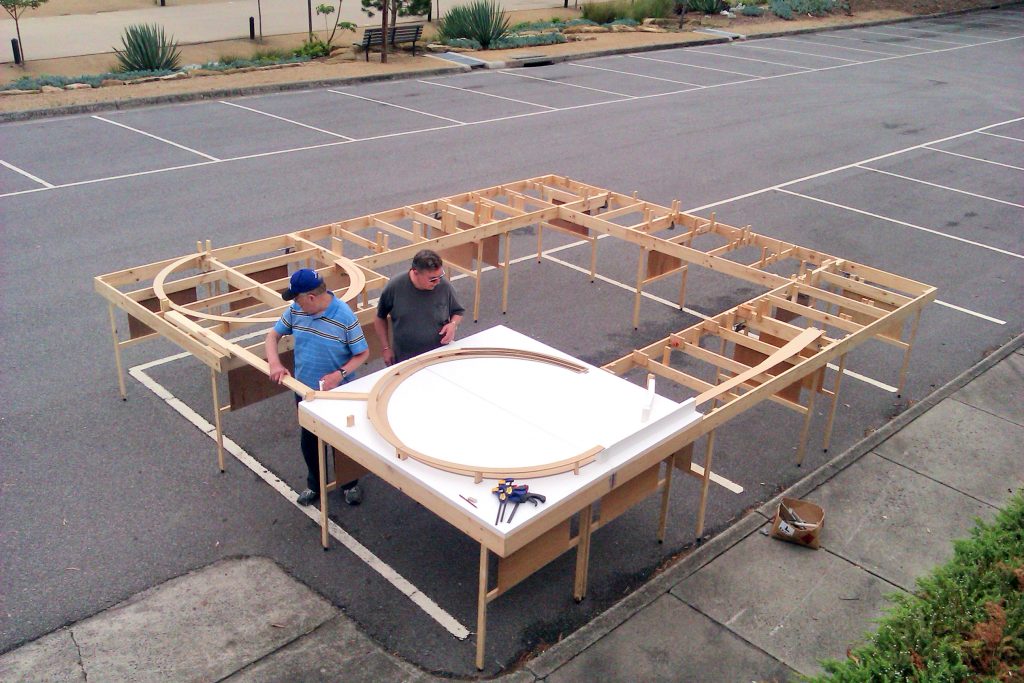 Whitefish, which made its debut at Waverley’s 2017 Exhibition, is a walk-in modular doughnut of 11 separate modules measuring 5.4 metres long by 4.5 metres wide.

It features two individual tracks on separate levels which are connected by inclined helix ramps.  The top level track is a simple oval while the bottom track features a reversing loop at each end. Connecting tracks on a helix incline join each of the two reversing loops on the lower level to the upper oval track.

There are no traditional remote switch control panels on the layout.  All trains and turnouts are controlled by using the club standard “Digitrax” hand held throttles.

The layout does feature an overhead double-sided panel depicting the track plan in schematic form with red and green LED’s indicating route and turnout switch directions.

Folks say there wasn’t much here when the first train rolled into present-day Whitefish, Montana on October 4, 1904.  Within a year, the city of Whitefish was incorporated, huddled beneath a bold rise of mountains that captured a small, forested lake.

Making room for a growing population, the thick timber around town was felled, resulting in the nickname “Stumptown.”  Early residents of the town worked for the railroad and nearby logging industries.  Modern day sees the line used predominantly by Amtrak and BNSF trains.

In 1927, The Great Northern Railway hired architect Thomas D’Arcy McMahon to devise a depot for Whitefish.  With a timber-framed, Tudor revival exterior, the building matches the Swiss appearance that had proved popular at nearby Glacier National Park’s chalets.

Of the 12 Montana stations served by Amtrak, Whitefish is by far the busiest, boarding or detraining an average of about 170 passengers daily.  Whitefish typically handles more than four times as many passengers as the next-busiest Montana station, which varies from year to year between East Glacier Park, Havre, and Shelby.  It is the busiest station stop between the Pacific Ocean and Midway Station in St. Paul, Minnesota on the Empire Builder route.

The layout models an area around the town of Whitefish Montana U.S.A.  This route was used by the Great Northern Railway, in particular the “Empire Builder” which ran between Chicago and Seattle.